Cowboy Country, the art of living in Southern Alberta

Southwest of Calgary, the “cowboy” spirit continues in this region where “mountains meet prairies,” among ranches, horses and old pioneer forts. We will not miss the atypical site of Head-Smashed-In Buffalo Jump, where the Amerindians came to trap the buffalo herds.

Because it is remote and less accessible by road, the southern Alberta Rockies are often overlooked by tourists. However, it offers an unparalleled level of tranquility and scenery that would be a shame to miss. The jewel in the crown of the area is without a doubt Waterton Lakes National Park with its impressive Prince of Wales Hotel and turquoise lakes.

Those who would like to cross the border can also discover the park’s American counterpart: Glacier National Park, in Montana. These two parks were combined and designated a UNESCO World Heritage Site in 1932 as the Waterton Glacier International Peace Park. You can easily spend two to four days (three to five if you extend your stay on the American side), taking advantage of the hiking trails and the numerous opportunities to observe wildlife. The area is rich in flowers (more than half of Alberta’s wildflowers) and animals (including the famous grizzly bear).

It is a National Historic Site that commemorates the history and importance of cattle ranching in Canada. In the 1900s, the Bar U Ranch had the reputation of being the largest Percheron breeding facility in the world. Today, it is a living museum, recreating life at the time with costumed guides and storytellers of cowboy life. You can taste bannock, the Amerindian bread cooked on a wood fire, while listening to old adventure stories. A great discovery to make with the kids!

Waterton Lakes National Park is one of five national parks in the Canadian Rockies. Its boundaries have changed over the years, but today it occupies an area of 505 km2, making it the smallest park in the Rockies. It was a southwestern Alberta rancher, F.W. Godsal, who took the first steps towards its preservation. In 1893, he submitted a proposal to Ottawa recommending that the Waterton Lakes area be established as a national park.

This spectacular park encompasses the Southern Rockies Natural Region, where the prairie abruptly meets the mountains. Shaped by wind, fire and floods, the park protects a rich array of plants and wildlife. In fact, despite its small size, the park contains more than half of Alberta’s plant species. Among its wildlife diversity, the largest predators are wolves, coyotes, cougars, grizzly bears and black bears. In winter, the prairie is home to ungulates such as elk and white-tailed deer. In the fall, the park’s marsh and lakes are frequented by migrating swans, geese and ducks.

The Prince of Wales Hotel

Open from mid-May to the end of September.
Room rates start at $209 CAD.

A legendary Canadian Rockies resort, the Prince of Wales is a beautiful “Swiss-inspired castle” built back from the village of Waterton on a grassy knoll overlooking the lake. The Prince of Wales was built by the Great Northern Railway in 1927 as an extension of the Glacier Park Lodges and remains true to its roots.

A visit to the majestic lobby and tea room is highly recommended to immerse yourself in the historic and upscale atmosphere of the place. For those who would like to spend the night in one of the hotel’s rooms, be warned: they are small and not the best… 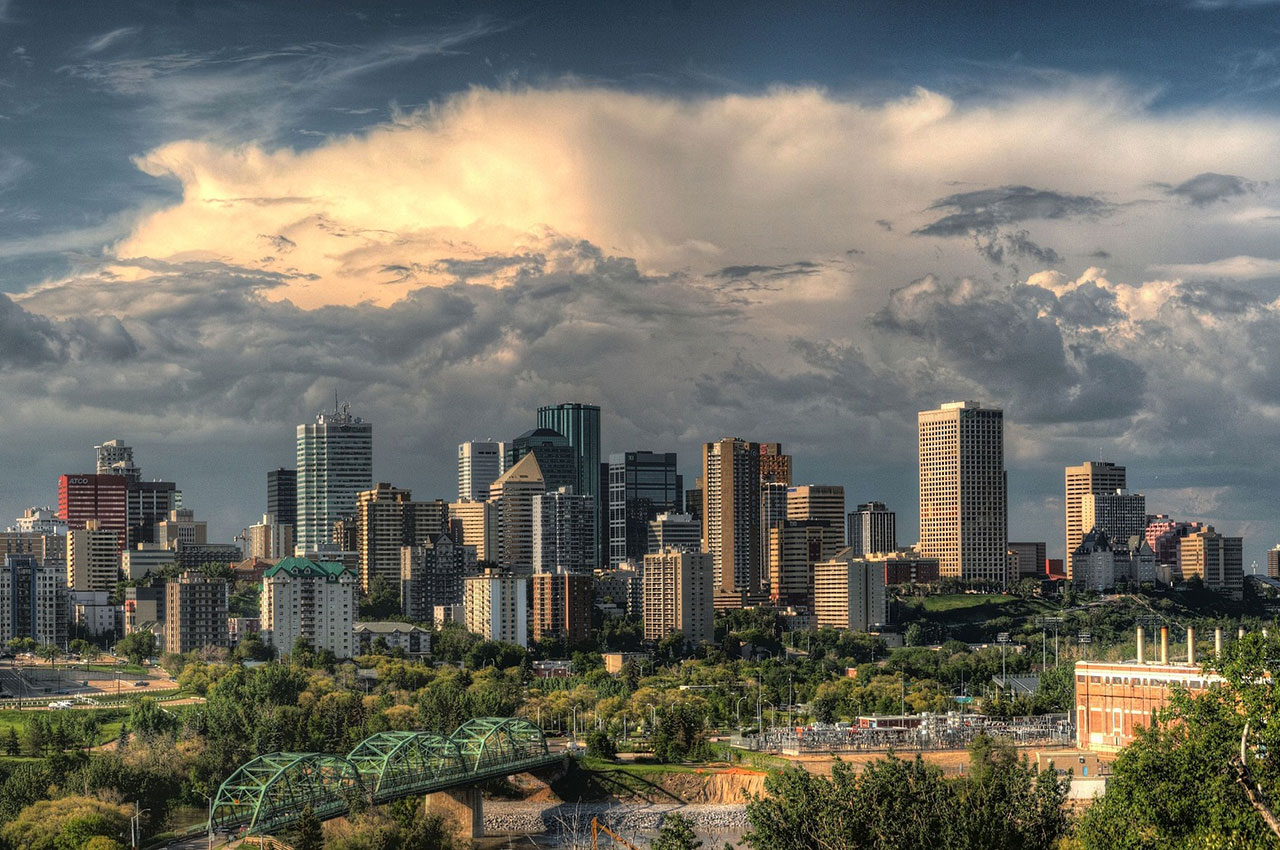 At the Bar U Ranch 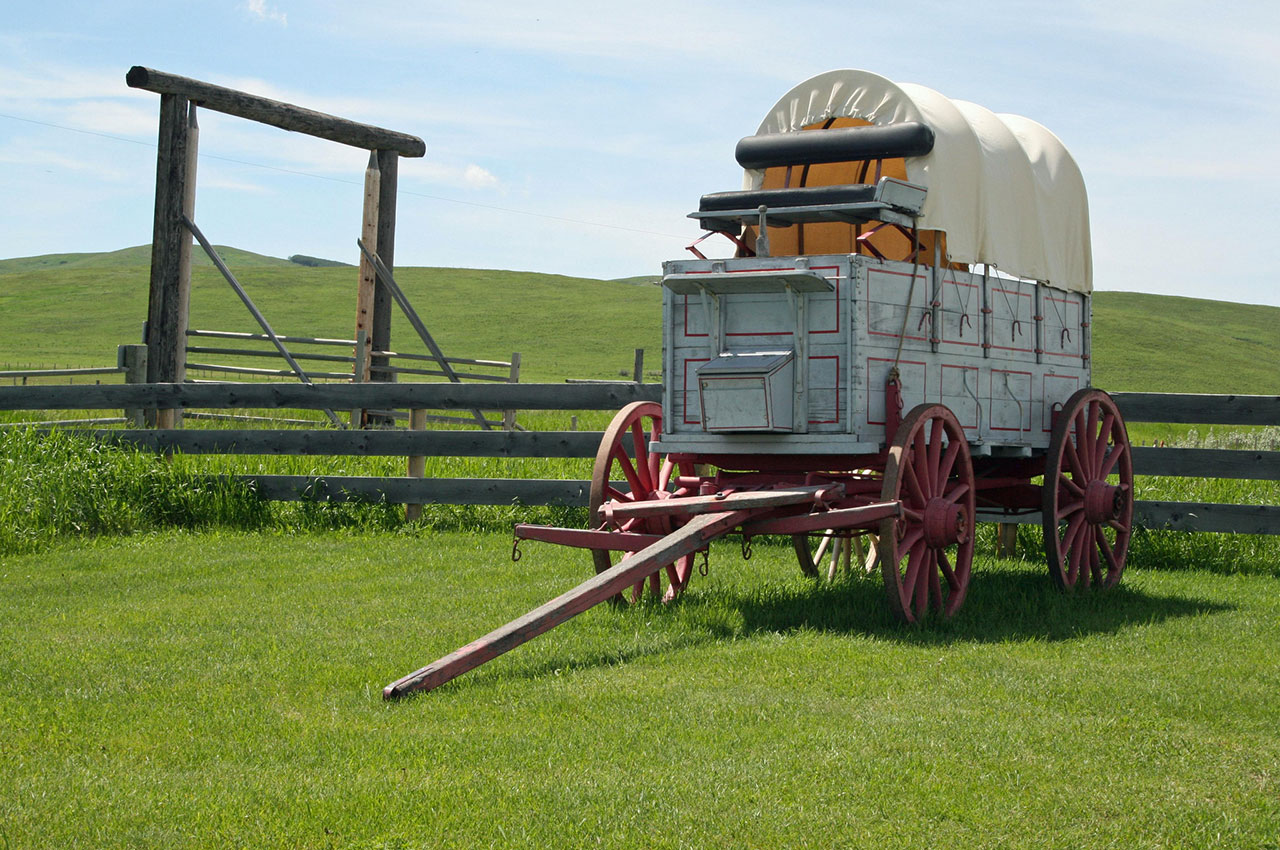 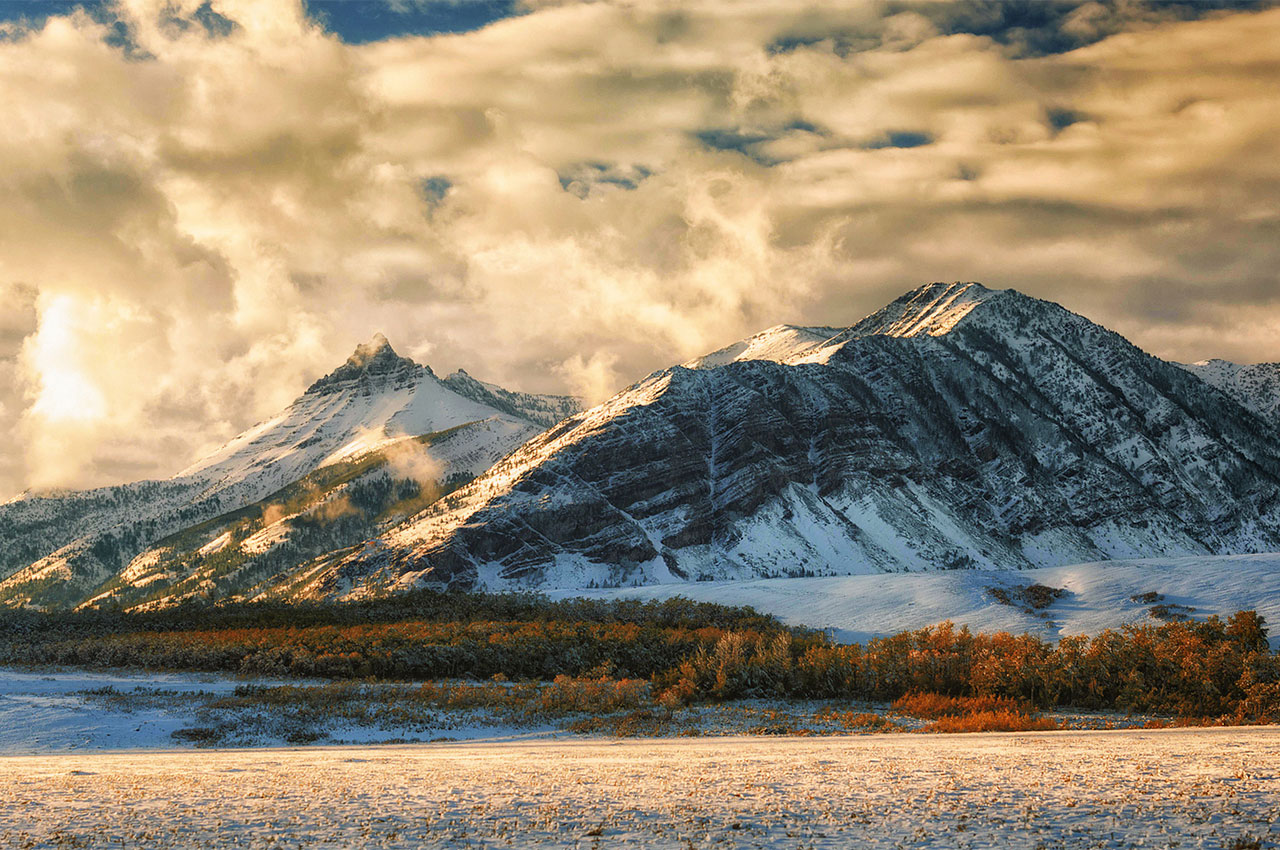 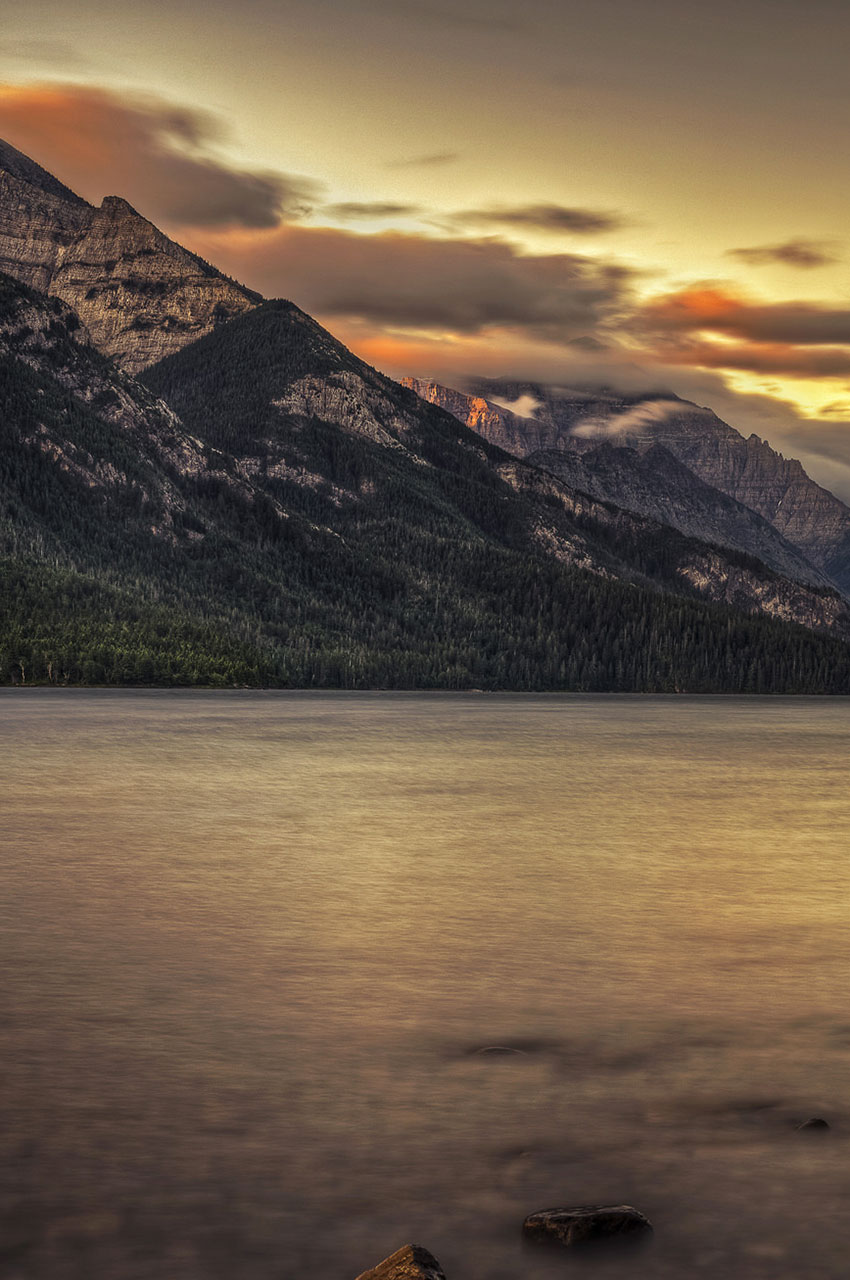 “ Head-Smashed-In was used as a bison jump for nearly 6,000 years. It is one of the oldest, largest and best preserved precipices in North America. ”

Located just inside the park boundaries, the Bison Paddock is well worth a visit. In their natural habitat, these superb prairie animals can be admired in all the splendor of the surrounding mountain scenery.

A major point of interest in Waterton Park, the Cameron Falls flow peacefully against the backdrop of the Rocky Mountains. It is easily accessed by foot or car from the village via Evergreen Avenue.

In 1889, the first oil seeps were discovered in southern Alberta, the first in Western Canada. Before becoming black gold, oil was used as a lubricant and as medicine for animals and humans. It was not until about ten years later that the first leases were established in the region and the industry developed. John Lineham founded the Rocky Mountain Development Company and it is the first well of his company that can still be seen at the Waterton Historic Site.

About 150 years ago, a legend passed down from generation to generation led to the discovery of an important Native American hunting site. Since 1981, the site is classified on the UNESCO World Heritage List. In an arid plain, a real Hollywood Far-West setting, stands this massive “jump where the buffalo used to smash their heads”. For nearly 6,000 years, the Plains Amerindians (and more precisely the Blackfoot Nation) led the bison to the top of the cliff. This ceremonial “hunt” (The Iniskim) involved several stages: according to legend, a spiritual call was first made to ensure success (Tipi Ring); once on the plains, the bison were “guided” through a 5-mile stone corridor to a pen (Gathering Basin) and then to the cliff’s edge. It should be noted that other sites in the region were used for this purpose by the Amerindians, such as the Dry Island Buffalo Jump Provincial Park, northeast of Calgary.

Hidden in the mountain, like a bunker, the museum, on several levels, provides explanations about this hunt and its purpose. Its purpose was, of course, to feed the tribes and heat them with the manure, but also to make clothes and teepees with the skins, to make tools with the bones, etc. The museum is animated by members of the Amerindian community.

Once a collection of North West Mounted Police barracks, Fort Macleod is now a town of 3,000 people. It is located in the southwestern part of the province of Alberta and offers great views of the Canadian Rockies in the background.

Open to the public from May to mid-October, the fort was built by the Mounted Police in 1874 to combat the liquor trade at Fort Wooh-Up (Lethbridge). The present fort, a provincial park, is a replica from the late 1950s and is, in fact, a wooden building. There is an interesting exhibit on the lives of the pioneers and the Kainah and Peigan nations of the Plains. A police horse show is held four times a day in the summer (two performances in the morning, two in the afternoon).

Lethbridge is the third largest city in Alberta. Originally a mining town (1870), it has become the center of a rich agricultural and ranching region. This region of southwestern Alberta benefits from a micro-climate created by a warm Pacific wind that crosses the Rockies: the Chinook – which is also a species of salmon.

Built by Americans from Montana in 1869, Fort Whoop-Up was the most notorious fort and the main haunt of liquor smugglers in southern Alberta. Order will be restored with the construction of Fort MacLeod and Fort Calgary. Don’t miss the festivities in early July (parades, rodeos, etc.) and the year-round tours led by costumed guides.

The main landmark in the city of Lethbridge is a railway bridge, the highest (96 m) and longest (1.5 km) in North America, the High Level Railway Bridge, built between 1907 and 1909.

The banks of the Oldman River were, in the last century, the scene of a battle between the Cree and Blackfoot Indians, and today form the Indian Battle Park. This is the city’s nature preserve, including Fort Whoop Up and the Helen Schuler Coulee Centre, a protected area featuring the valley’s flora and fauna, including Alberta’s signature bird, the great horned owl. 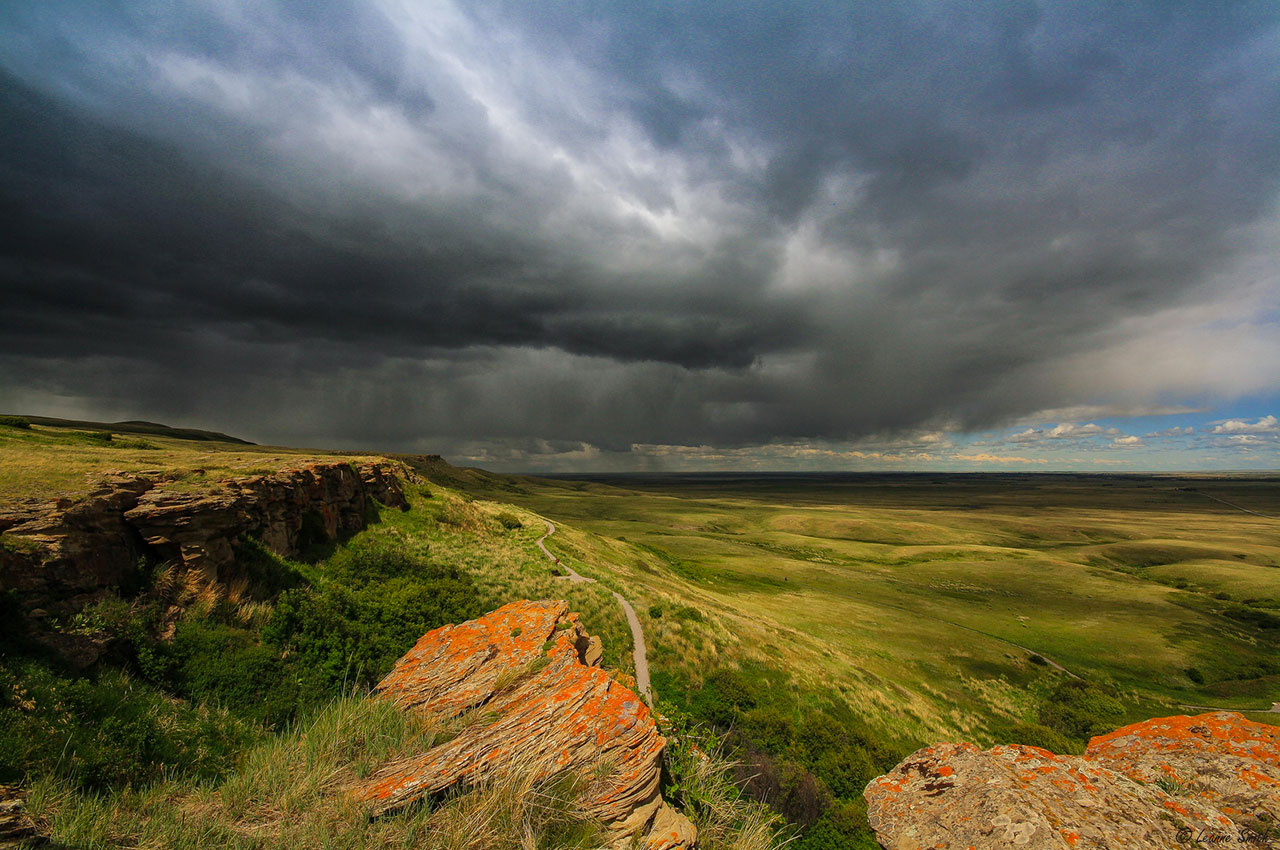 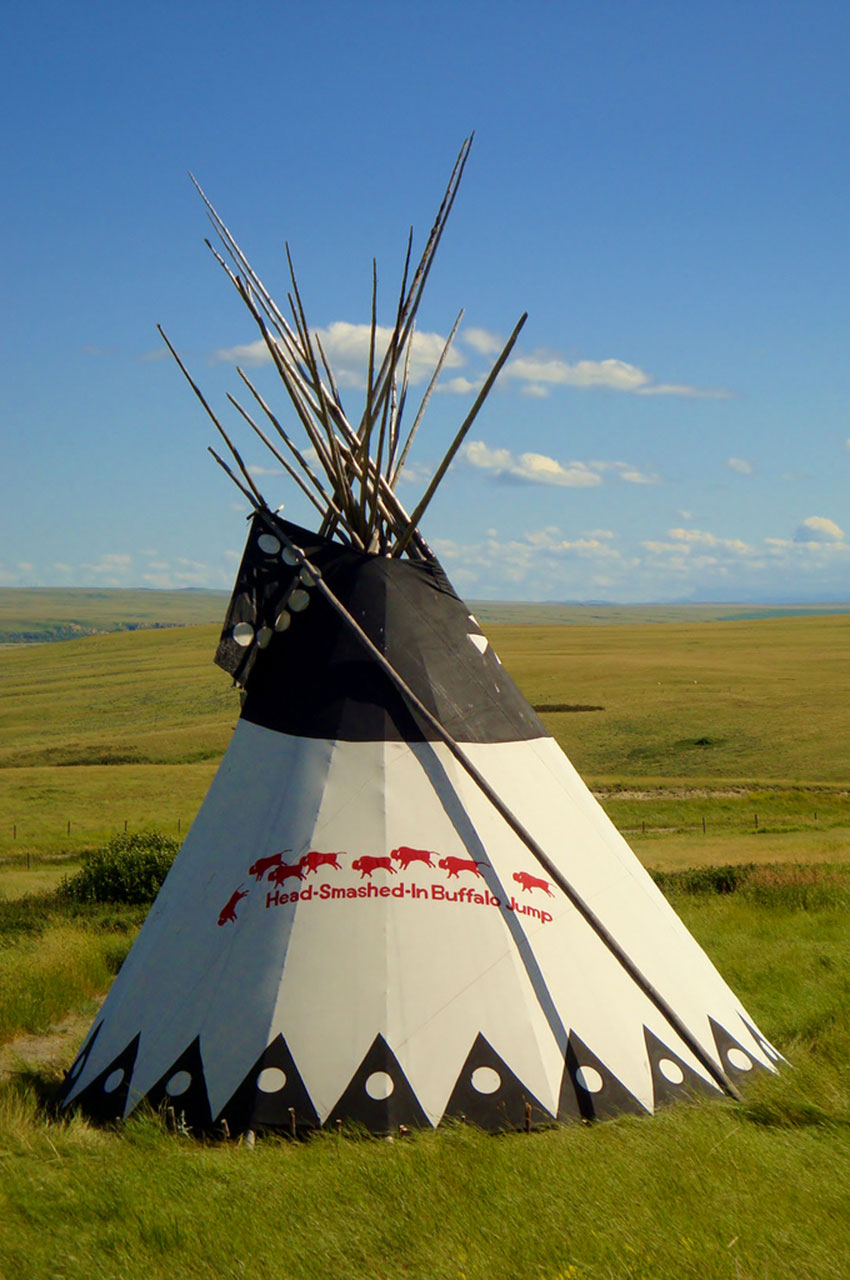 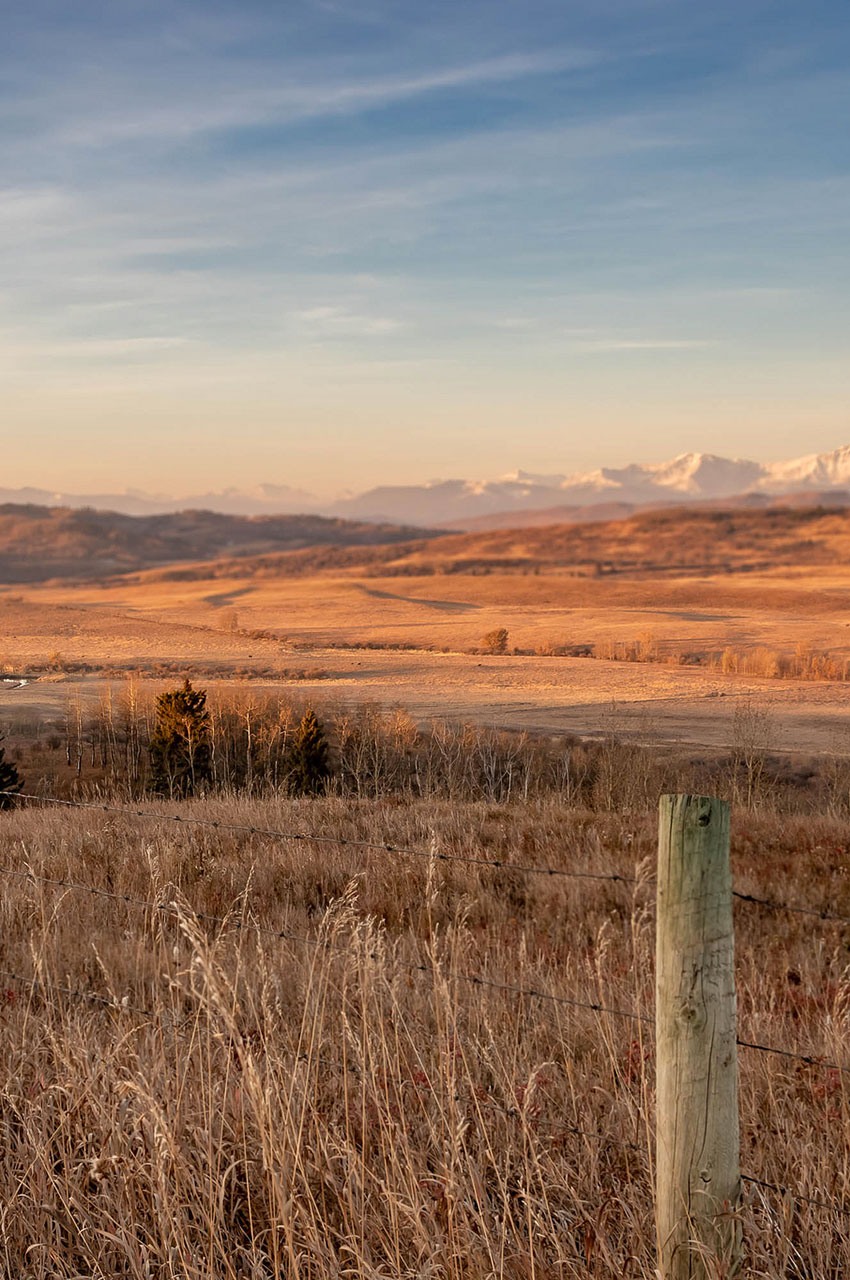 A cowboy on his horse at sunset 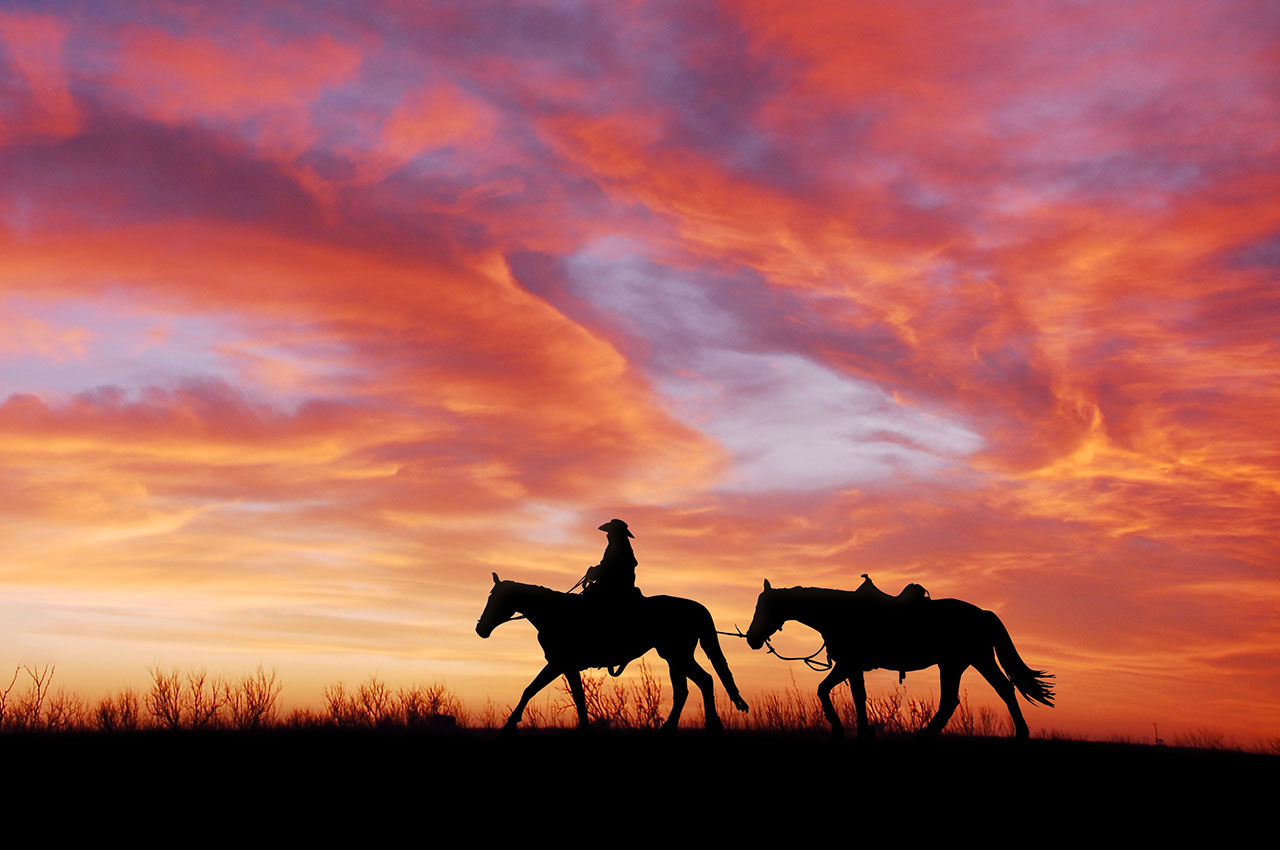 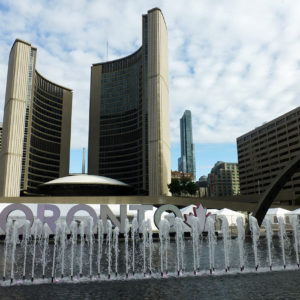 Meeting place, this is the name that the Amerindians had given to their camp on the shores of Lake Ontario. A prophetic vision. A few centuries later, Toronto has become one of the most vibrant metropolises in North America and the most cosmopolitan city in the world. 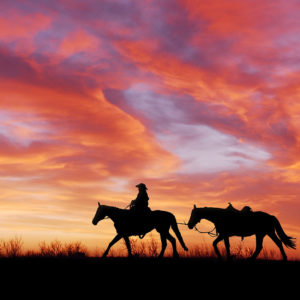 Southwest of Calgary, Alberta, the cowboy spirit continues in this region where the mountains meet the prairies, with ranches, horses and old pioneer forts. This region offers a quietness and exceptional landscapes that would be a shame to miss. 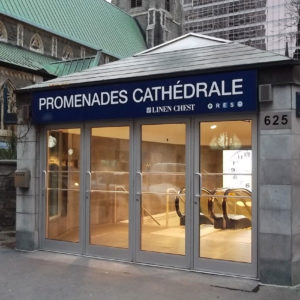 Les Promenades Cathédrale is a shopping center built in 1987 in downtown Montreal. The complex takes its name from the fact that it was built underneath Christ Church Anglican Cathedral. It was a real challenge for the architects and engineers of the time.